Last week Tyson Wise skied out of bounds at Brundage Mountain Resort looking for untracked snow only to realize he had strayed too far from familiar territory and was in need of help. 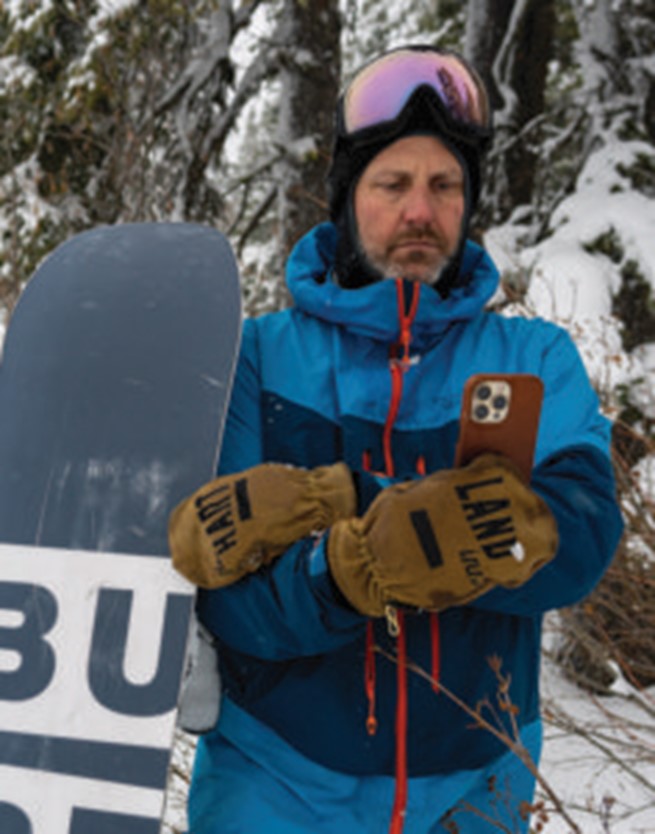 Rory Mehan of New Meadows checks the AirFlare app on his phone to locate his friends who were skiing with him at Brundage Mountain Resort.  Photo by Mark Stoeckl/For The Star-News

Wise, 47, of Boise, said he hiked for over an hour to get back in bounds. He realized that he was running out of daylight and the battery in his telephone was draining so he called the ski patrol for assistance.

Instead of mounting a full-scale search and rescue operation, patrollers sent him a text linking to a smartphone app that helped pinpoint his location.

Once they knew exactly where he was, two patrollers on snowmobiles drove directly to Wise and brought him back to safety.

The streamlined rescue operation was thanks to a smartphone app called AirFlare, which the ski patrols at Brundage and Tamarack Resort have been using almost daily to find skiers and snowboarders in need of help.

“It could have been a full search and rescue mission if he was not able to contact us,” Brundage Ski and Mountain Patrol Director Janna Allen said.

“If he didn’t show up at the end of the day, nobody would have known where he was,” Allen said.

The AirFlare app uses GPS to track skiers on the mountain when cell service is available.

Both resorts have made the app their go-to tool for finding lost or injured skiers.

Skiers in need of help often will call with their only bearing as being “within sight of a ski lift” but cannot give specifics, Gehrung said.

The app can also be used by families and groups of friends wanting to stay in contact while skiing.

Parents can use the app to find children on the mountain, and one guest used it to pinpoint the location of a lost phone, Gehrung said.

If a lost skier does not have the AirFlare installed, patroller can send a text like the Brundage Ski Patrol did for Wise. The text includes a link to access the app’s location sharing features.

The app is free to download in Google Play or the Apple App Store but using its services costs $4.99 per year, or $14.99 for a lifetime membership.

Tamarack and Brundage season pass holders who sign up before the end of the ski season receive a free lifetime membership.

Brundage was an early adopter of the app three years ago and Tamarack followed closely behind. Nationwide there are only eight other ski areas that use the app as an official search function.

“We all get inundated with apps personally and professionally and sometimes apps are just too gimmicky to actually work, but AirFlare is legit and the more hands we get it into the better,” she said.

Allen and Gehrung emphasized that the app is not meant to replace an avalanche transceiver, self-rescue equipment or common sense.